What did we learn from Chicago teachers? 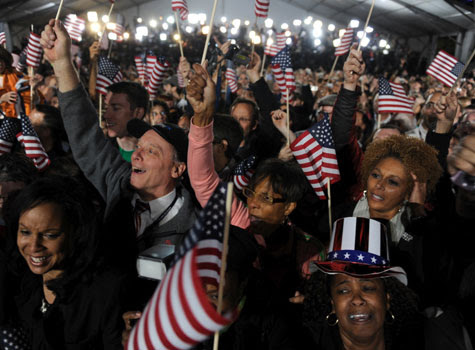 As we go forward after the Chicago Teachers strike there are many questions to be asked. For starters, if a teachers union can strike against the school system and force kids out of school, why can't parents do the same thing?

The Chicago teachers strike was sold as a bill of goods that does not stand up to scrutiny.

Union leadership stated one of the concerns was classroom size yet that was not addressed in the final product.

The major reasons the teachers went on strike included two simple facts. One they wanted more money, and two they didn't want to be held accountable to standardized testing requirements as part of their evaluation process.

Yet none of these factors had anything to do with the education of our children who suffered the consequences for it.

The union wanted to ensure they were relevant. In an election year in a predominantly Democratic base who always seeks, and receives union support for their candidates, they wanted to send a message and thought they could win this way.

In short, hold the Dems, in this case Mayor Emmanuel and his good buddy President Obama's, feet to the fire and get what you want. Never mind those that suffer along the way. The sad reality is they will vote for the Democratic Party regardless.

According to a HuffPo article B. Jason Brooks, director of research at the Foundation for Education Reform and Accountability, other states, he said, base up to 50 percent of a teacher's evaluation on student performance, while Chicago's evaluation is limited to 30 percent.

In order to justify pay raises in the private sector you must have accountability for results.

In Chicago the teachers get paid an average of $76,000 annually, not a bad salary compared with most private sector jobs, and yet the results of education are not positive.

The Chicago high school graduation rate is much lower than the national average yet the teachers received a 17.6% pay raise over 4 years. Hard to make a case for the raise with these results is it not?

80% of Chicago school kids live in poverty and depend on the free lunch program for their daily sustenance and they had to miss school for a week. What does that say about commitment to our school kids?

How many meals did the teachers miss that week?

Chicago schools also face a $665 million budget shortfall which just grew by another $75 million due to the new contract.

Mayor Rahm Emmanuel has announced that schools will have to be closed to lower that gap meaning that more teachers will be laid off to pay for it. So much for solidarity eh?

Get mine because I have seniority and let lesser senior people be out of a job so I can get more?

So what does all this mean for JCPS?

It paints a picture of our future in education here.

With the recent Court ruling upholding busing many believe we are facing a similar future economically. I tend to agree.

The cost of busing is reportedly a staggering $100 million. How much of that money could be used to update classrooms, provide necessary materials, feed our school children, (insert example here).

How much of that $100 million alone could be saved and hire more teachers if we went back to neighborhood schools?

How much better could our education be if we had higher qualified teachers, smaller classroom sizes, and a focus on actually learning in the classroom if we saved some of that money?

How much more involved could parents be in their kids school activities if they were going to school closer to home in their own neighborhood? Would this help eliminate some of the arguments of lack of parental involvement?

Let's eliminate the double standard shall we?

If teachers can go on strike for better benefits for themselves then parents should be afforded the same opportunity for their children.

Parents should unite and strike the schools themselves. Keep the kids home until we get a definitive plan to better our education system and a plan that will benefit our kids and their parents.

The outdated social experiment we call busing through JCPS has not given us any value for our money so we must now demand it.

I say parents need to stand up for our kids. It is our responsibility to do so and clearly no one within the system cares about our kids. They only care about how much they can get on the backs of our children.

Parents unite as one, just as the union teachers do, and say no more!

No more busing that is not producing any results.

No more standardized testing that tells us absolutely nothing.

No more pay raises for teachers until we have proven results.

No more BS from the JCPS school board, the JCTA, or the elected officials.

It is their future after all. Do we want a better one or the same old tried and failed system we enjoy now.

We talk about choice in our education system everyday. Today the choice is yours.

What will it be?

Listen daily from 7-8pm at The Ed Springston Show. Also visit Louisville Politics for more details and in depth coverage of local political and news issues.
By Ed Springston at September 21, 2012 No comments: